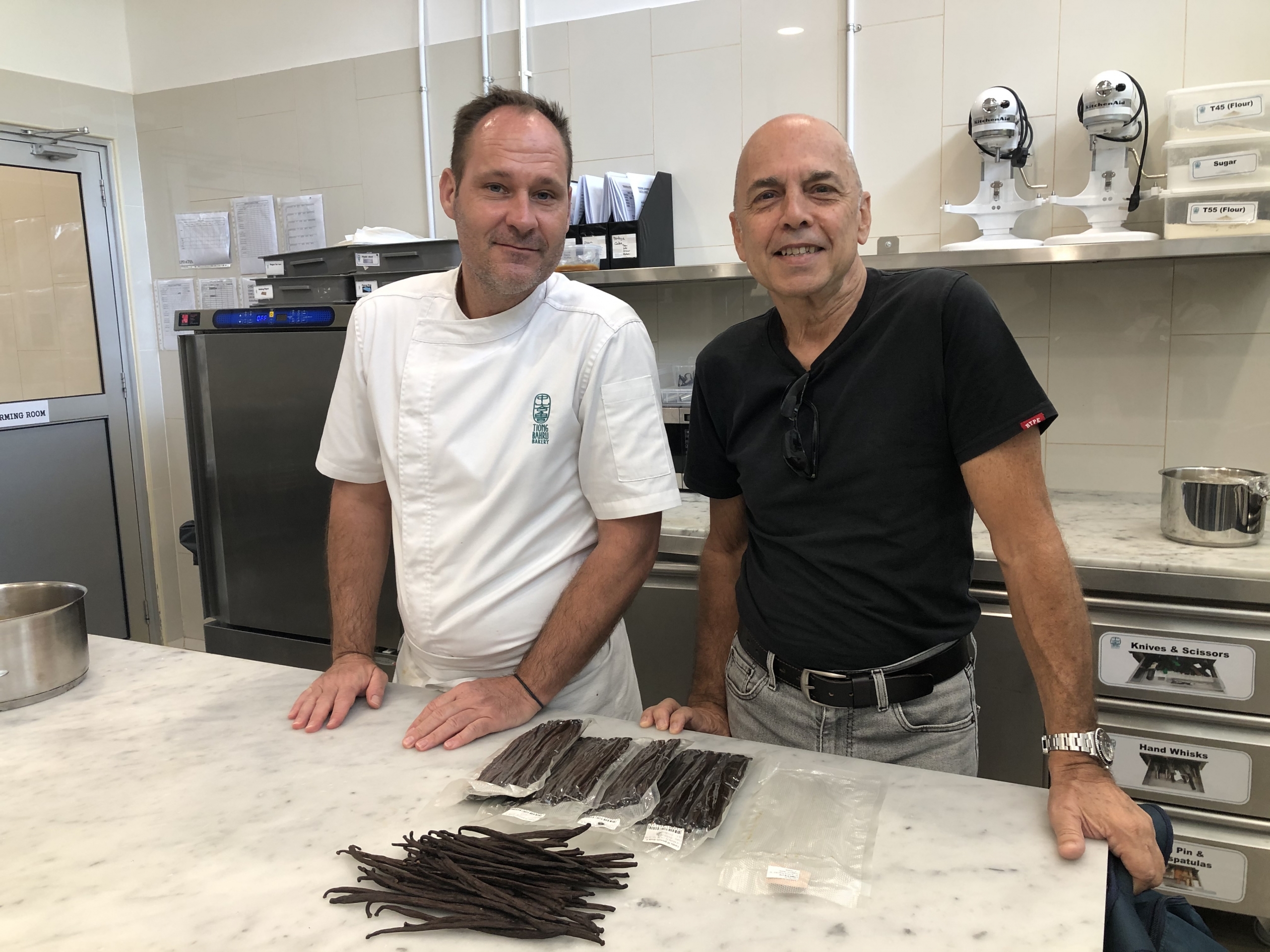 Everything you always wanted to know about vanilla (but were afraid to ask)!

An orchid native to the east coast of Mexico, the Aztecs offered “Tlixochilt” as a luxury spice to their Emperor before the Spanish conquistadores brought “Vainilla” back to Europe at the end of the 15th century.

Pollination of vanilla flowers can only be done “naturally” in Mexico by the “Melipone” bee. Elsewhere, the “artificial” technique discovered in 1841 by the young Reunionese slave Edmond Albius, is used.

Introduced on the island of Lifou in New Caledonia in 1860 by Pastor Marc Fariane from Madagascar, it was only in 1980 that vanilla cultivation developed, under the impetus of Bole Waia Felix of the Muscaweng tribe.

It takes at least 3 years for the vanilla plant to start producing. After the annual flowering, the beans reach maturity in 9 months, before being harvested by hand with extreme delicacy because this stage determines the final quality of the pod.

Maths problem to submit to your children: LUES, a vanilla producer from the Mu tribe on the island of LIFOU has 100 plants. How many kgs of vanilla can he produce each year? Answer on the form by clicking here.

After the harvest, the maturation process is broken down into 5 phases.

– Scalding: Heating to trigger the enzymatic process of developing the aroma.
– Smothering : 24 hours of gradual cooling for the pods to acquire their characteristic colour.
– Sun-drying: 1 to 3 weeks for relatively dry and supple pods.
– Drying in the shade: Between 3 and 6 weeks to “perfect” their “tan”.
– Refining: Several months for the pods to reach an optimal humidity of 25 to 30%.

The quality of LIFOU’s vanilla and honey is exceptional!

Indeed, the island is to date, free of agricultural diseases and the producers do not use pesticides or fertilizers but natural compost (coconut and vegetable).

Chef Alain HERBER (on picture above)